Open, as in free? 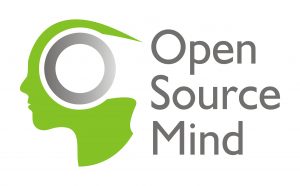 About a year ago, I did some research on a new Technology the Organization I work for wanted to adopt. I spent weeks on this research and it never saw the light of day. Why? Because the Technology was ‘Open Source’. I remember one of the guys asking…open as in free? Open as in not closed? Open as in accessible by anyone? (okay, I just paraphrased the questions), and I remember almost screaming in my head ‘dammit! All my favorite JavaScript frameworks are open source!’.

I want to bust three (3) Myths about open source software:
⦁ Open source software is generally developed by volunteers or people that are just doing it for the good of the community.
The truth:
The companies listed in parenthesis (Intel, Red Hat, Samsung, IBM, Oracle), are all top contributors to the open source community. And guess what? These guys pay developers good money to do this stuff.
⦁ Open source developers deserve your respect
The truth:
It should be the other way around. Open source developers should respect communities that they are releasing software into. Developers are the ones responsible for the quality of their code and not the community and so they should ensure that their codes work properly, and if they are not, they are bad developers. Nothing justifies you not writing tests and not doing continuous integrations in 2018. Just because you write open source code does not excuse you from the responsibility of making sure that your code is good quality code. So, if you are an open source developer, go earn your respect.
⦁ Open source is not licensed
The truth:
Open source licenses are essentially terms of use and not items purchased. Open source licenses have some restrictions, particularly regarding the expression of respect to the origin of software, such as a requirement to preserve the name of the authors and a copyright statement within the code.

Science would have developed a lot slower if scientists kept their methods secret.
Imagine if everyone kept their codes secret, how stunted would have been the advancement we currently have in IT?