Here are 31 photos of how Apple came to rule the world.

Apple was cofounded on April 1, 1976, by Steve Jobs and Steve Wozniak in Los Altos, California. 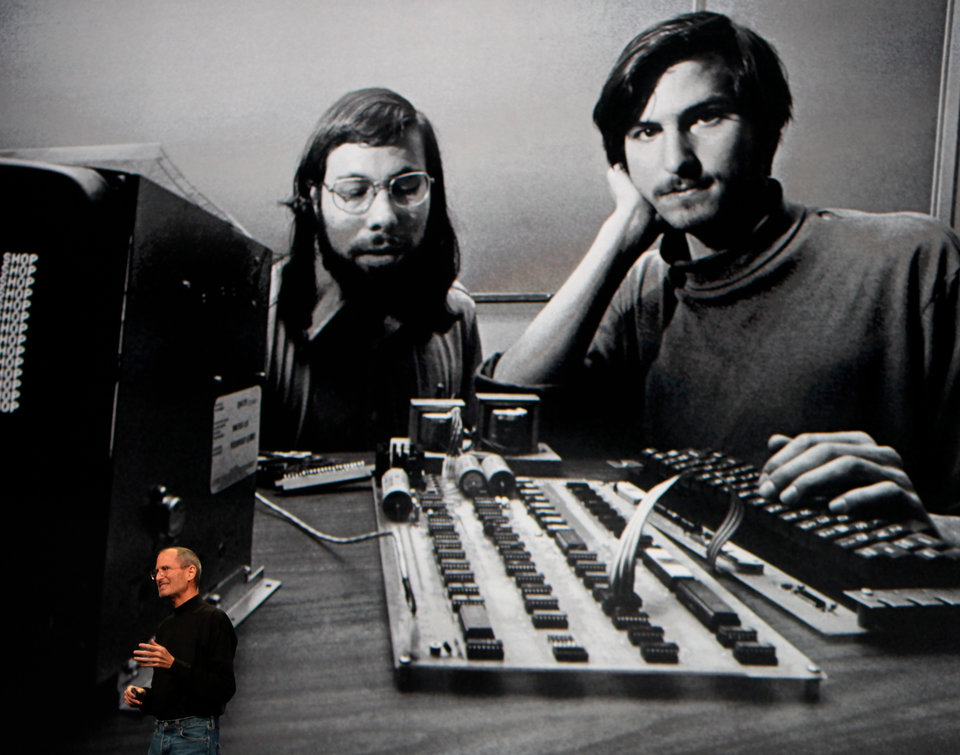 There was a third co-founder, too, named Ronald Wayne. Jobs brought Wayne on board to provide business guidance for the two young co-founders, but he ended up leaving the company before it was even officially incorporated. Wayne took an $800 check for his shares in the company. 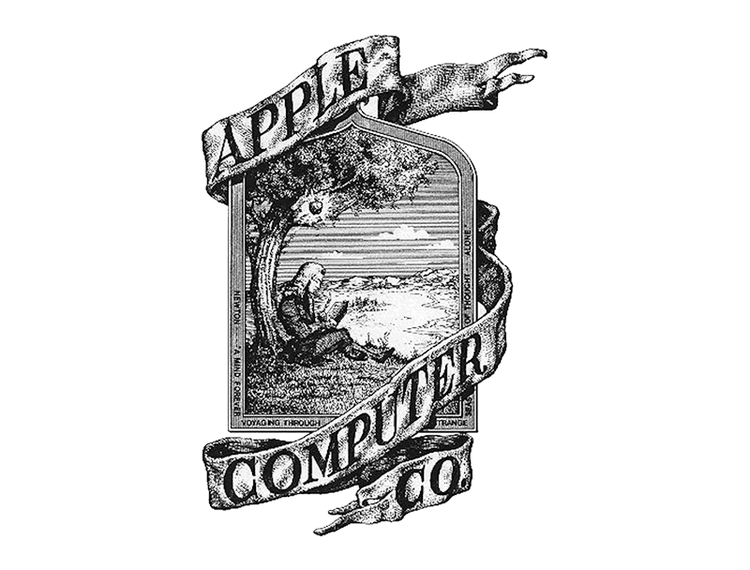 Apple’s first “offices” was the garage of Jobs’ parents. 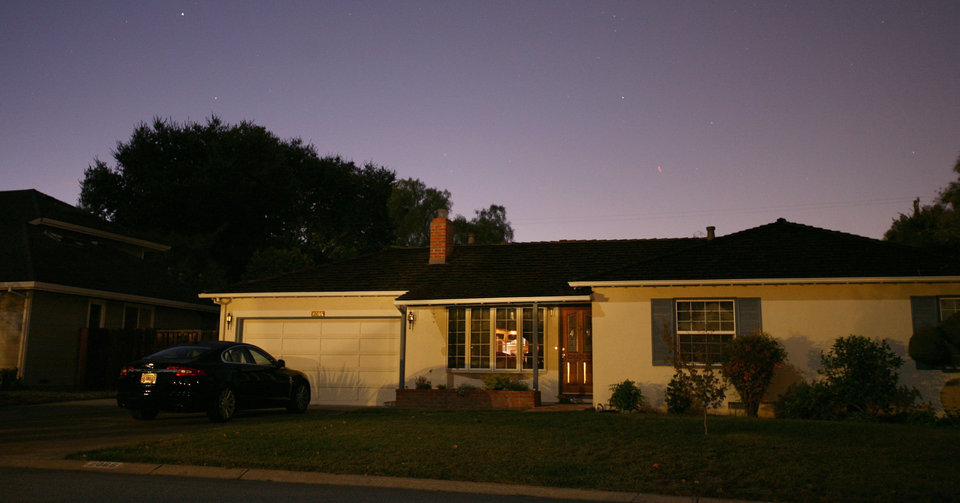 The company’s first product was the Apple I, which was just a motherboard with a processor and some memory, intended for hobbyists. Customers had to build their own case and add their own keyboard and monitor, as seen in the picture. It sold for $666.66 — seriously. 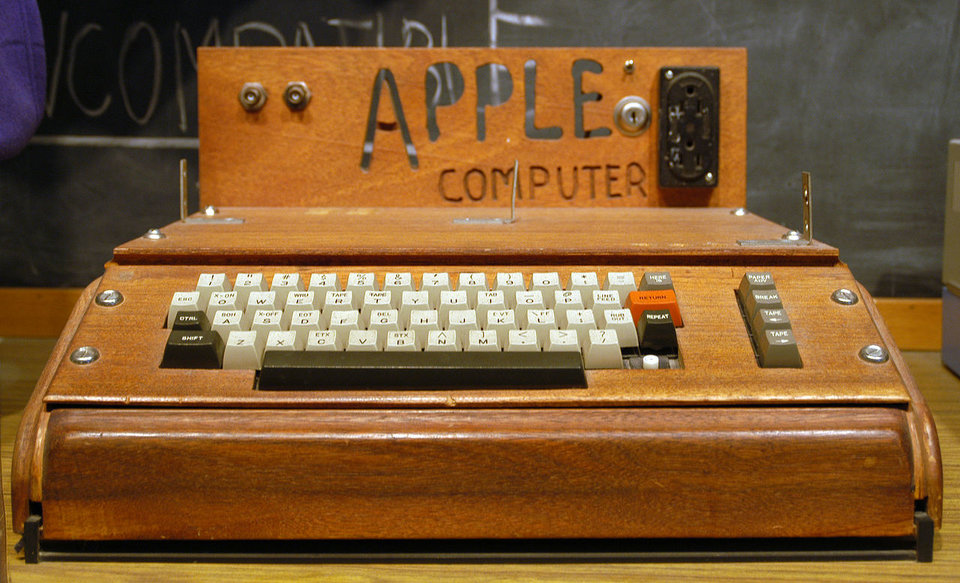 The Apple I was invented by Wozniak, who also hand-built every kit. Here, you can see his hand-drawn design diagrams for the Apple I computer. 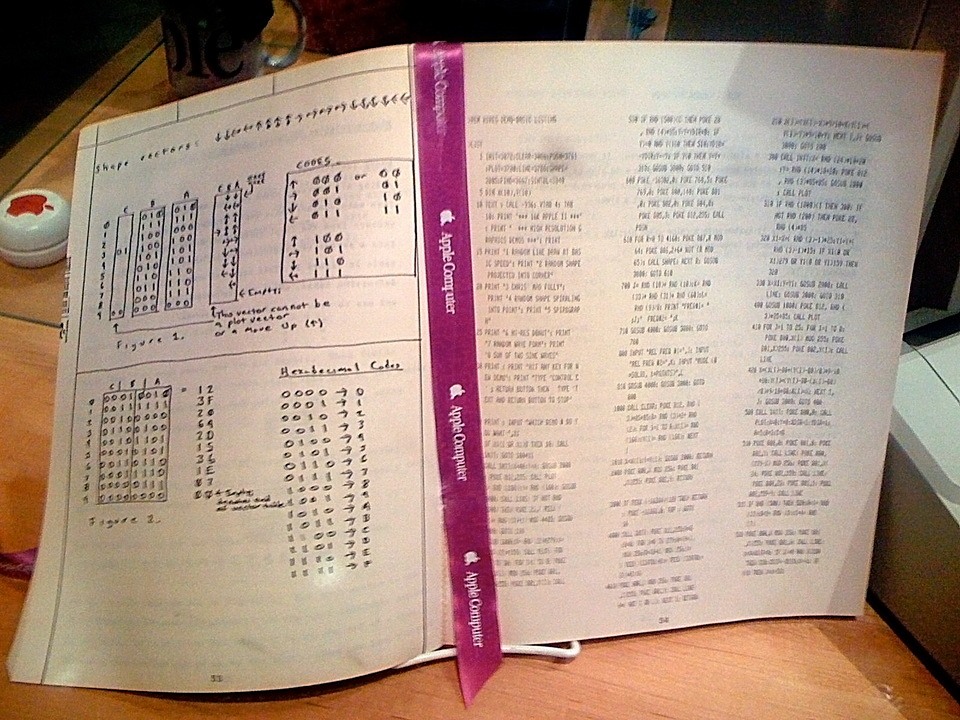 Meanwhile, Jobs handled the business end, mainly trying to convince would-be investors that the personal computer market was primed to explode. Eventually, Jobs would bring in Mike Markkula, who made a crucial $250,000 angel investment and came to work for Apple as employee No. 3, with a one-third share in the company. 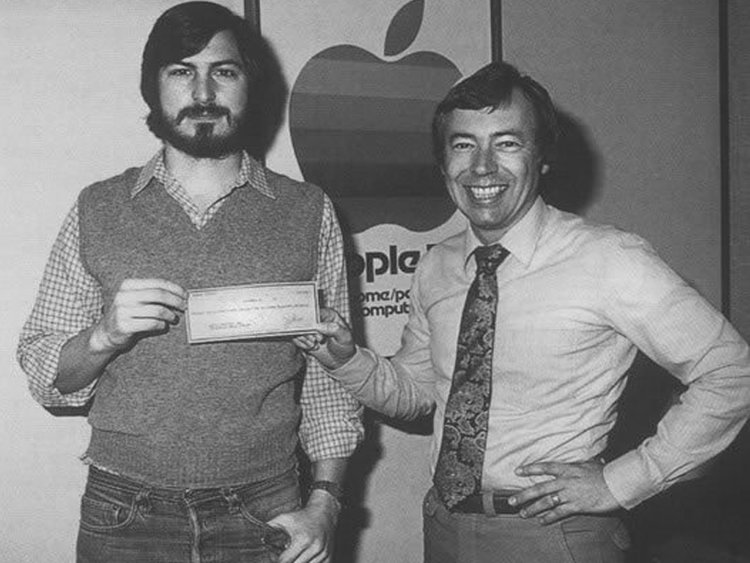 Apple was officially incorporate in 1977, thanks to guidance from Markkula. A man named Michael Scott (no, not the one from “The Office”) was brought in at Markkula’s suggestion to serve as the company’s first president and CEO. The thought was that Jobs was too young and undisciplined to serve as CEO. 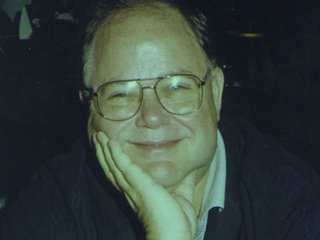 1977 also saw the introduction of the Apple II, the personal computer designed by Wozniak that would go on to take the world by storm. 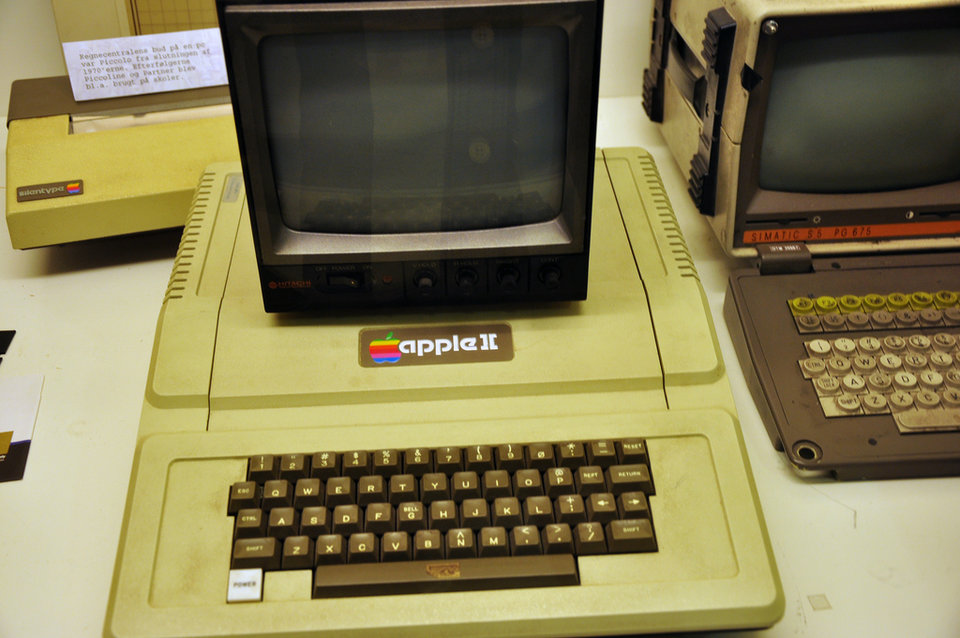 The Apple II’s killer app was VisiCalc, a groundbreaking spreadsheet software that propelled the computer ahead of market leaders Tandy and Commodore. With VisiCalc, Apple could sell the Apple II to the business customer. 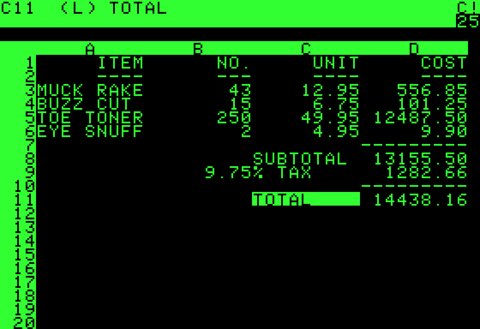 By 1978, Apple would actually have a real office, with employees and an Apple II production line. This was also around the time some early Apple employees grew tired of prolonged exposure to the famously difficult Jobs. 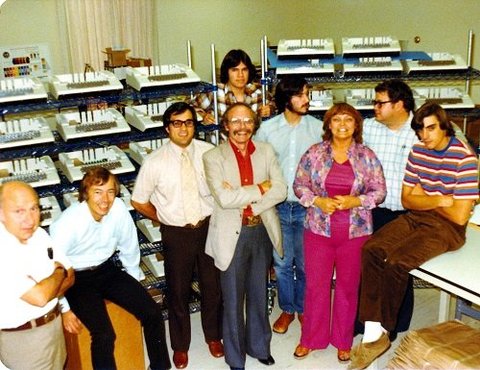 The Xerox PARC lab is world-famous for its technological accomplishments, which include the laser printer, mouse, and ethernet networking. In 1979, Apple engineers were allowed to visit the PARC campus for three days, in exchange for the option to buy 100,000 shares of Apple for $10 a share. 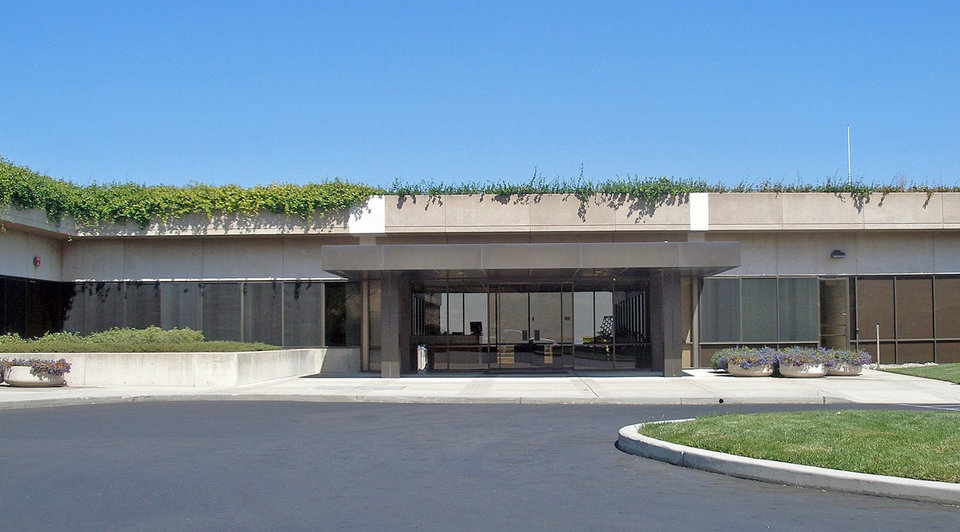 In 1980, Apple released the Apple III, a business-focused computer that was supposed to compete with the growing threat of IBM and Microsoft. But the Apple III was only a stopgap, and Xerox PARC had gotten the young Jobs thinking in a different direction … 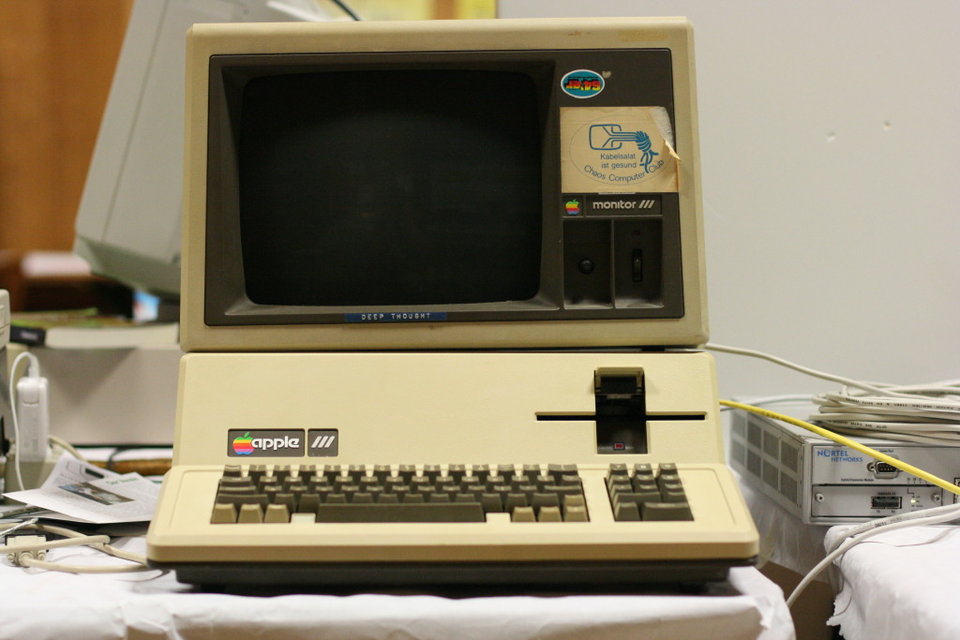 Xerox PARC convinced Jobs that the future of computing was with a graphical user interface (GUI), like the kind we’re used to today. 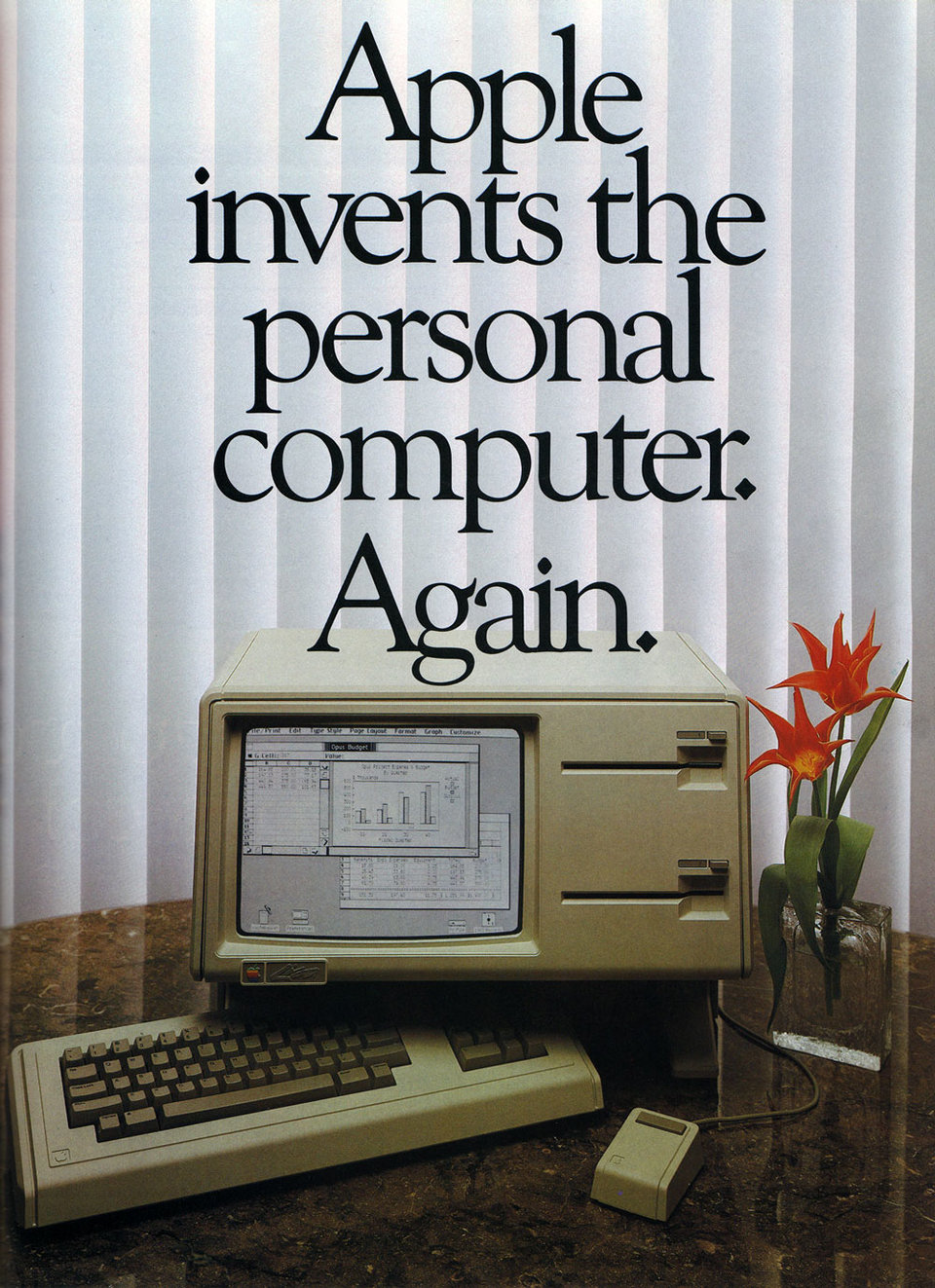 Jobs ended up leading the second project … the Apple Macintosh, billed as the most user-friendly computer to date. It would go on to become popular with graphic-design professionals, who liked its visual chops (even though it was in black and white). It was still very expensive, however. 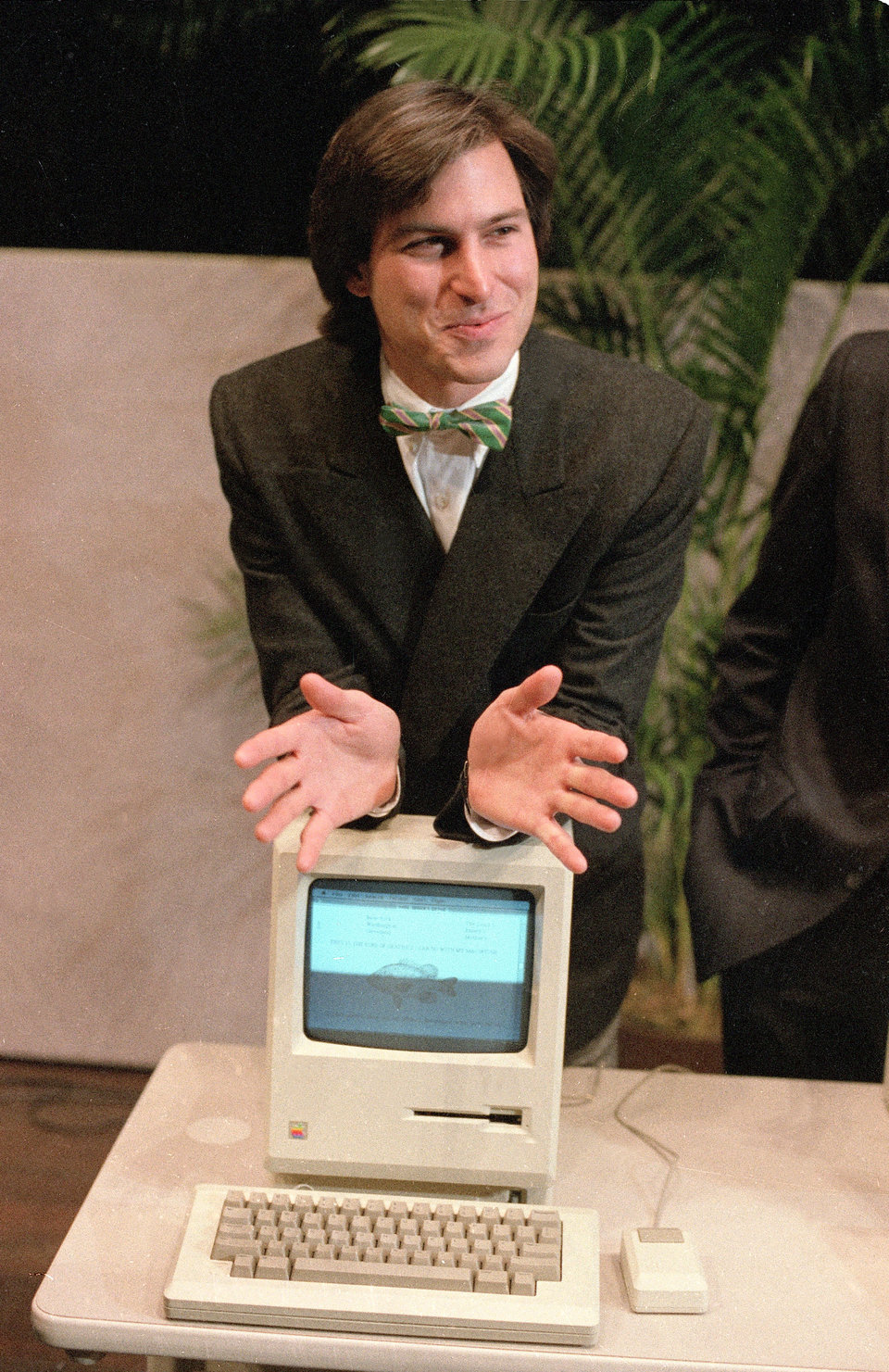 Around the time of the launch of the first Macintosh in 1983, Apple got a new CEO in the form of John Sculley. 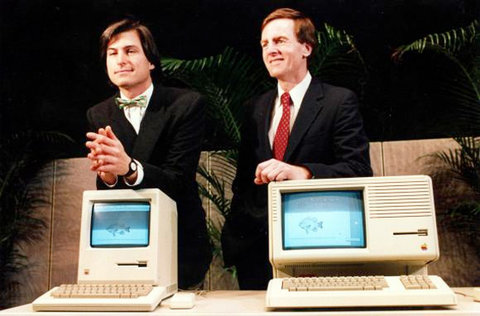 In 1984, Apple would release the TV commercial that would make it a household name. This ad, appropriately called “1984,” was directed by Ridley Scott and cost the company $1.5 million. It aired during the third quarter of Super Bowl XVIII, and never again. This was also when tensions between Jobs and Bill Gates started to run high. Originally, Microsoft was working hard at making software for the Macintosh. But those plans were scuttled in 1983 when Microsoft revealed that it, too, was working on a graphical user interface called Windows. 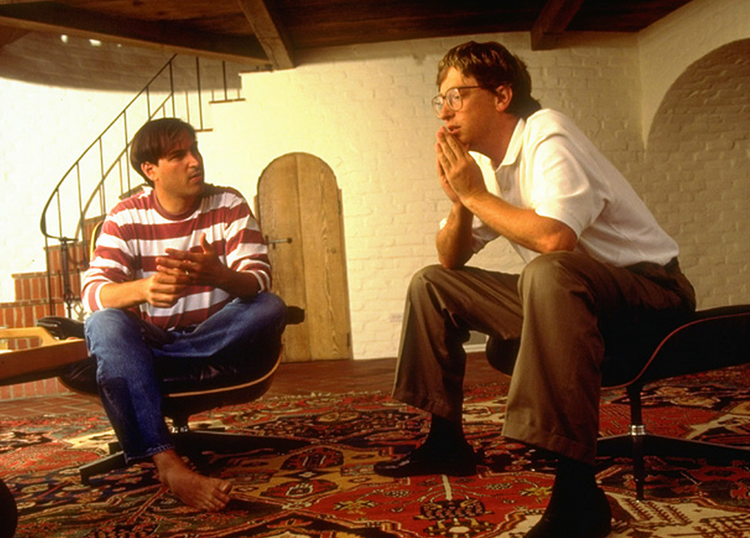 The Macintosh had strong sales, but not enough to break IBM’s dominance. This led to a lot of friction between Jobs — the head of the Macintosh group who liked doing things his own way — and Sculley, who wanted stricter oversight on future products in the light of the Lisa disaster and disappointment of the Macintosh. 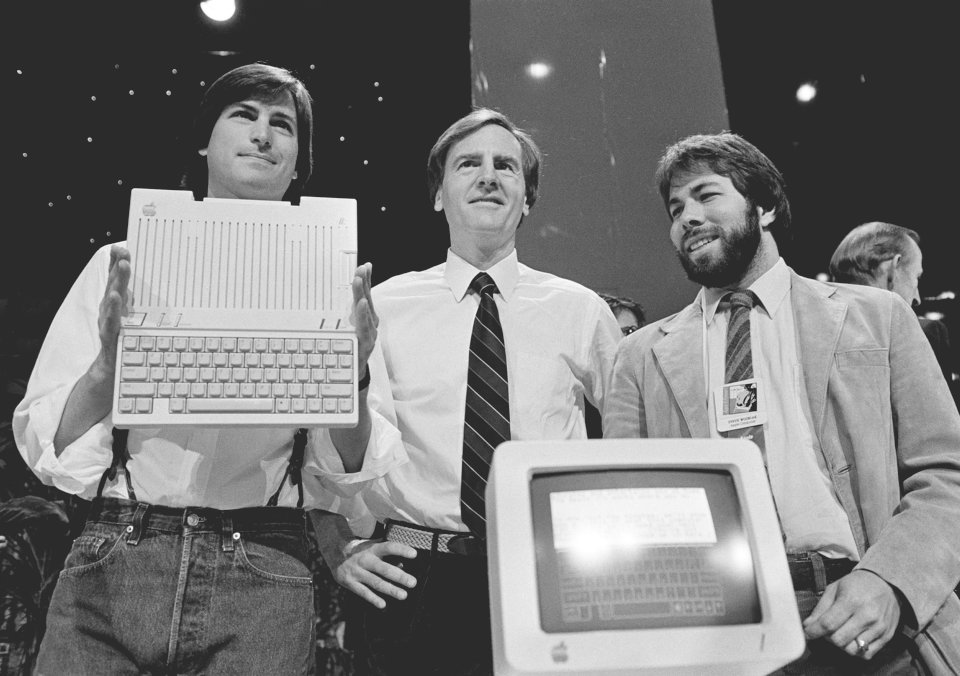 Things came to a head in 1985 when Jobs tried to stage a coup and oust Sculley — but Apple’s board of directors took Sculley’s side and removed Jobs from his managerial duties. A furious Jobs quit and went on to found NeXT, a computer company making advanced workstations where he had total control. 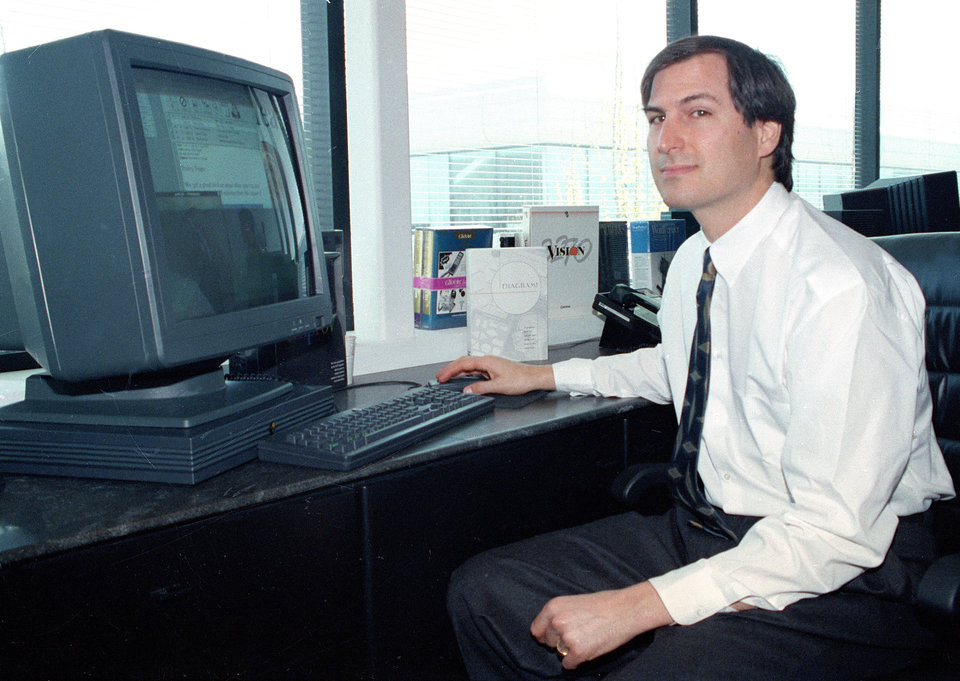 Wozniak left around the same time in 1985, saying that the company was going in the wrong direction. He sold most of his shares. 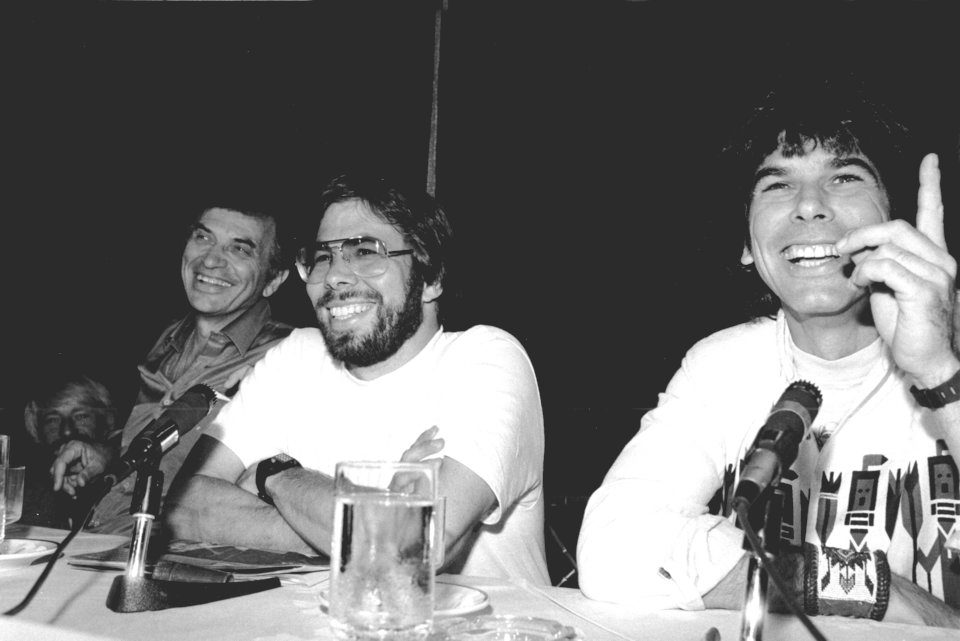 With Jobs gone, Sculley had a free hand at Apple. At first, things seemed great, and Apple introduced its PowerBook laptop and System 7 operating system in 1991. System 7 introduced color to the Macintosh operating system, and would stick around (with updates) until OS X was released in 2001.

The 1990s would see Apple get into lots of new markets, none of which really worked out. Possibly the most famous Apple flop of the ’90s was ’93’s Newton MessagePad, which was Sculley’s own brainchild. It literally created the market for “personal digital assistants,” but it was $700 and did little more than take notes and keep track of your contacts. 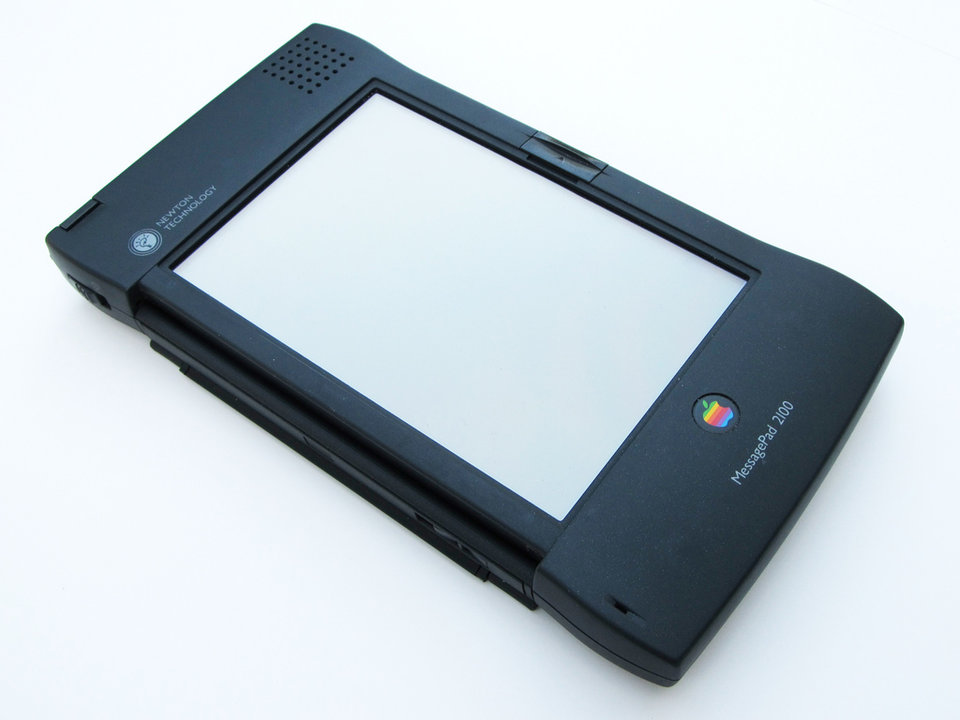 But Sculley’s longest-lasting mistake was in spending lots of time and lots of Apple’s cash on bringing System 7 to the brand-new IBM/Motorola PowerPC microprocessor instead of the dominant Intel processor architecture. Most software was written for Intel processors, plus they got cheaper and cheaper over the years. 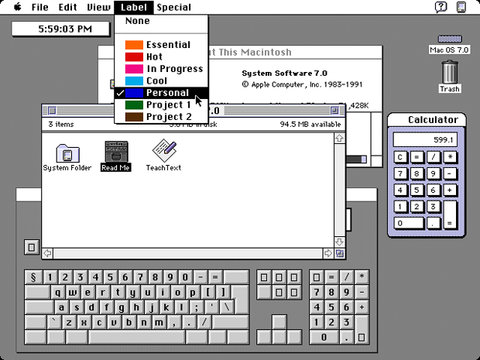 At the same time, Microsoft’s influence was on the rise. Macs offered an excellent, but limited, library of software, on expensive computers. Meanwhile, Microsoft was selling Windows 3.0 on cheap, commodity computers. 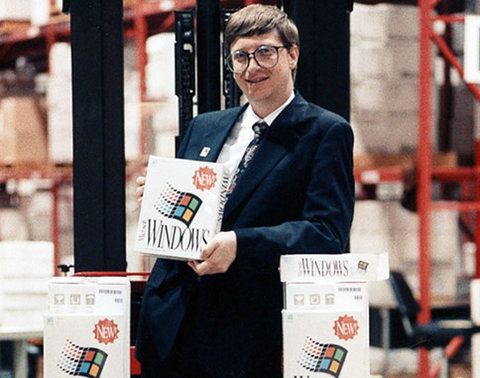 Between the high-profile flops and the costly decision to move to PowerPC, Apple’s board had had enough. After Apple missed on its first quarter earnings in 1993, Sculley was fired and replaced as CEO by Michael Spindler, a German expatriate who had been with Apple since 1980. 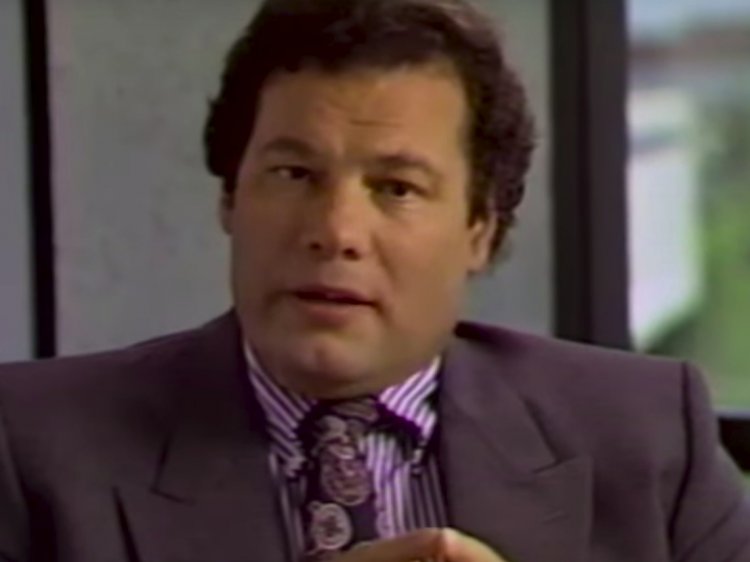 Spindler had the unfortunate job of following through with Sculley’s big PowerPC mistake. In 1994, the first Macintosh running on a PowerPC was released. But Apple’s fortunes continued to sag as Windows took off. After acquisition talks with IBM, Sun MicroSystems, and Philips all fell through, Apple’s board replaced Sculley with Gil Amelio in 1996. 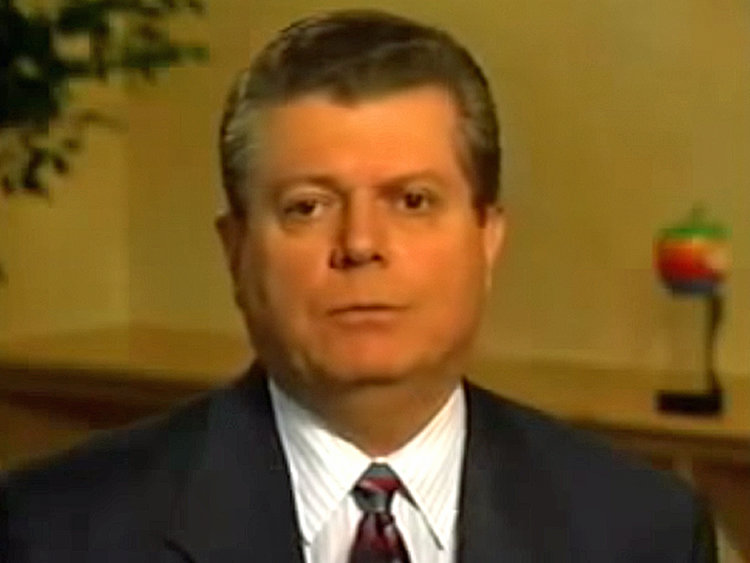 Amelio’s tenure was equally troubled. Under his reign, Apple stock hit a 12-year low (largely because Steve Jobs himself sold 1.5 million Apple shares in a single transaction). Amelio decided to just purchase Jobs’ NeXT Computer for $429 million in February of 1997 and bring him back to Apple. 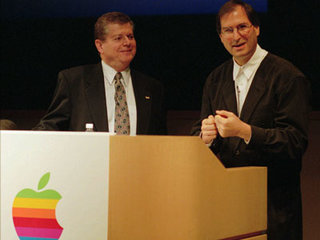 On July 4 weekend that same year, Jobs would stage a boardroom coup and convince Apple’s board to install him as interim CEO. Amelio resigned a week later. 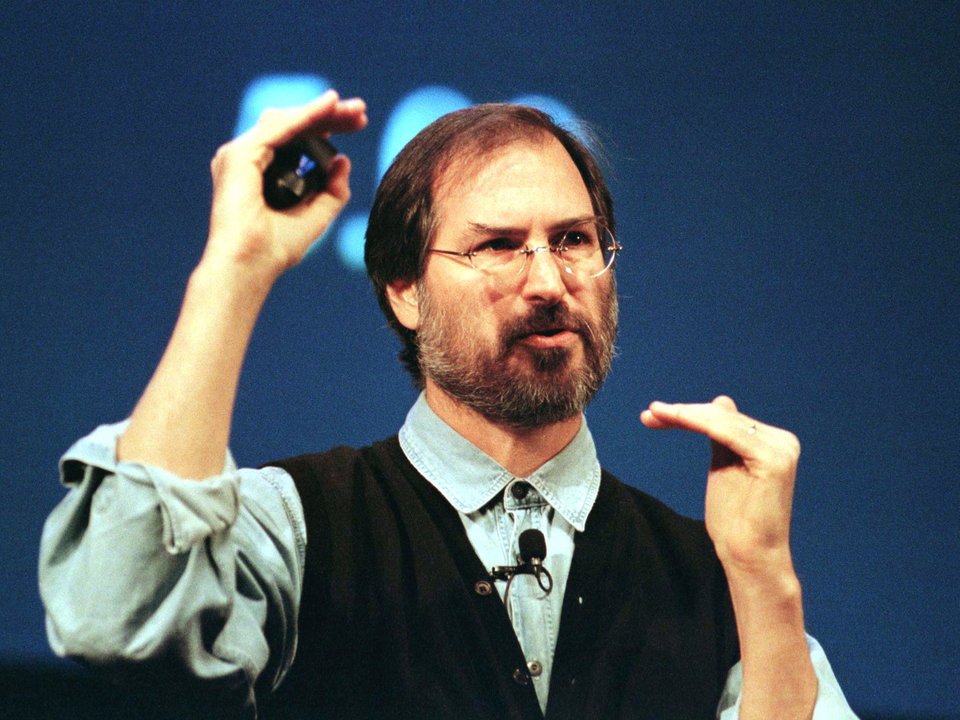 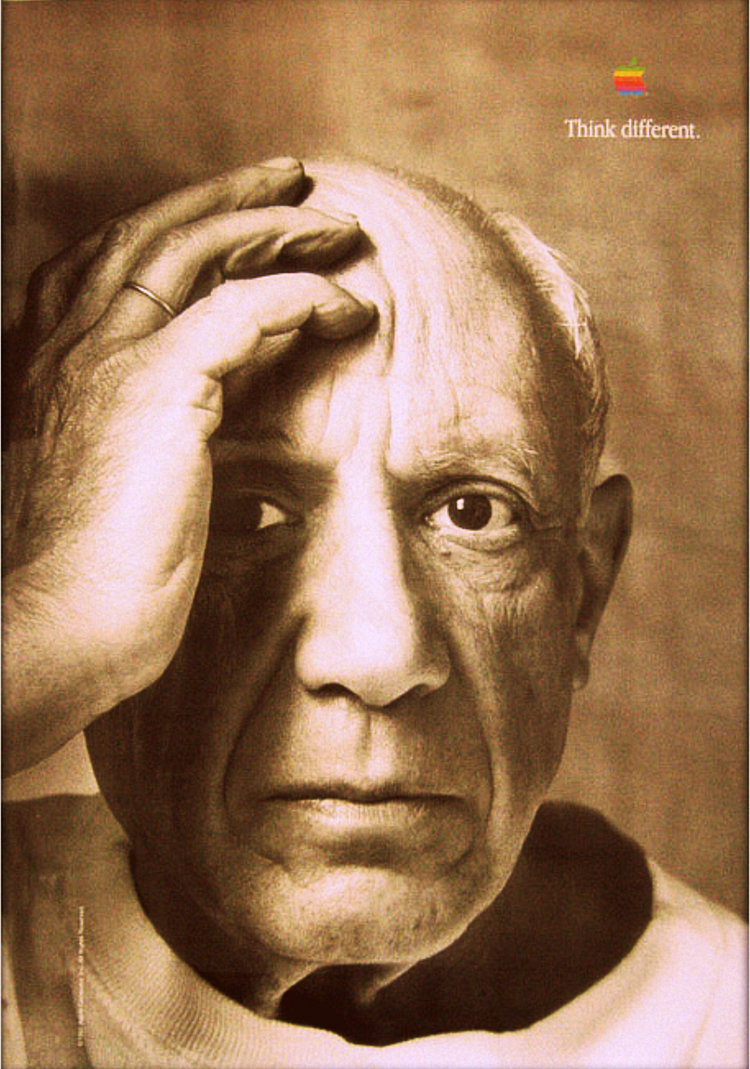 Under the new era of Jobs’ leadership, the company would make nice with Microsoft, which invested $150 million in Apple circa 1997. Jobs also had Jony Ive spearhead the design of the iMac, an all-in-one computer released in 1998. In 2001, he introduced Mac OS X, based on the operating system from NeXT Computers, finally replacing System 7. And in 2006, Apple finally moved to an Intel-based system architecture. 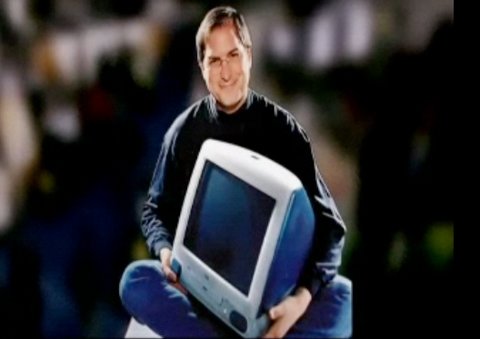 But the single biggest victory for Apple — and arguably the world of technology as a whole — was 2007’s introduction of the iPhone. The rest is, as they say, history. 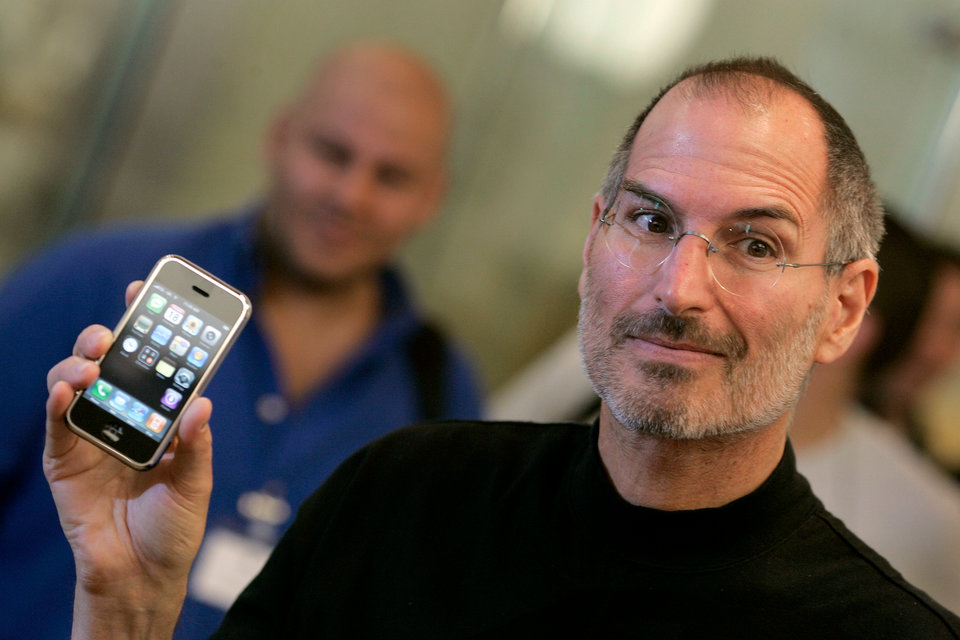 Like!! I blog frequently and I really thank you for your content. The article has truly peaked my interest.